Since 2017 BAUGRUND DRESDEN prepares geotechnical design reports (in collaboration with Fugro Hungary) and statements for thyssenkrupp within the framework of the new construction of a polyol production plant in Tiszaújváros, Hungary. Furthermore BAUGRUND DRESDEN supports the client with geotechnical consulting during construction during the preparation of the site with 400 000 m² soil improvement, production of over 6000 bored piles, supervision of earthwork backfilling work and detailed design of construction pit dewatering systems.

Now, as one of the involved subcontractors, BAUGRUND DRESDEN received an award for the successful contribution to by now 3 million Safe Man Hours without Lost Time Incident. We are very pleased to have a small part in this milestone with approx. 3000 working hours and congratulate thyssenkrupp and MOL for this achievement.

In the course of the latest meeting of shareholders in May 2020, Mr. Dipl.-Ing. Klaus-Dieter Beyer was given a solemn sendoff. With reaching the retirement age, Mr. Beyer transferred his shares to younger and still active shareholders.

Mr. Beyer was one of the founding shareholders of the 1991 foundet company BAUGRUND DRESDEN Ingenieurgesellschaft mbH.

After his apprenticeship at today's Wasser- und Schifffahrtsamt Dresden (Water and Shipping Authority Dresden) during his training at the Berufsschule (vocational school) Kleinmachnow near Potsdam, Mr. Beyer studied constructive hydraulic engineering at the Technical University Dresden from 1975 to 1979. After its founding Mr. Beyer spend more than 40 years as project manager and geotechnical expert at BAUGRUND DRESDEN.

We wish Mr. Beyer all the best for this new stage of his life.

BAUGRUND DRESDEN was commissioned by DB AG with material testing at the site Elster viaduct.

As our employee Dipl.-Ing. Sven Unger has already acted as the expert on materials for the Göltzsch viaduct, he can now also bring his extensive experiences to the Elster viaduct. 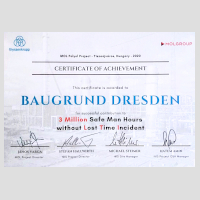 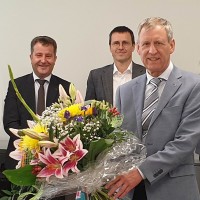 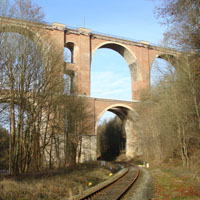